I've hiked extensively throughout the U.S., and I'm always annoyed when people unfamiliar with Eastern hiking disrespect the Appalachian Mountains simply because they lack the elevation of higher ranges elsewhere, and then leap to the conclusion that the hiking must be easier because of it. Nothing could be farther from the truth, of course, so here's the quick stat I always pull out in response.

Of the three major long-distance trails in the U.S.—the Appalachian Trail (AT), Pacific Crest Trail (PCT), and Continental Divide Trail (CDT)—the AT is the shortest of the bunch, yet packs in vastly more elevation gain and loss than either of its longer brethren. How much more? Here are the numbers. 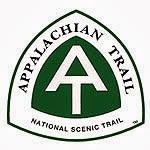 Are the Appalachians lower in elevation? Sure. Do they pack in steeper and more rugged trails than mountain ranges out West on a mile-per-mile basis? Absolutely.

And these stats don't take into account the much more challenging trail conditions you often find in the East compared to out West, including mile after mile of rock-choked, root-crossed trail, as well as some extremely steep and sustained climbs that were seemingly developed before the term 'switchback' existed in trail building jargon. Not to mention the more fickle weather conditions of the Appalachians compared to the long, long stretches of sun and favorable weather you get during the summer in many Western states (especially California).