In the near future, you'll be able to point your smartphone camera at just about anything outdoors—birds, plants, mountains, tracks, flowers—and an app will instantly use visual recognition software to identify the species, background, and other relevant information. No more fumbling through arcane identification keys. No more "I wonder what that is." Everybody will be a pocket naturalist.

Leafsnap represents the first primitive iteration of that future. Simply snap a picture of a tree leaf with your iPhone, iPad, or iTouch, and this free app will identify the species for you. It works by automatically uploading the image Leafsnap's "recognition servers," which provide probable matches and presents them to you. 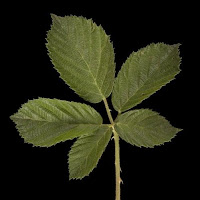 The concept is simple, but there are some limitations. The leaf must be photographed against a perfectly white background, which means you'll need to carry a piece of blank paper or other backdrop if you want to use it in the field. Identification also requires an internet connection to upload the image in question to the Leafsnap servers. If you're off the grid, forget it.

Launched earlier this year, Leafsnap is a collaboration of Columbia University, the University of Maryland, and the Smithsonian Institution. So far, the app covers dozens of tree species in the Northeast—including all of the trees of New York City and Washington, D.C.—though the goal is to expand this nationwide in the months and years ahead.

Here's the Leafsnap page in Apple's app store. No Android version is currently available, though this may change in the months ahead. Stay tuned as the future develops.