Definition of the Day: Datum

If you own a GPS unit and use it for backcountry navigation, it's crucial that you understand this term. Simply put, a datum is a model of the earth's surface that has been created using a specific reference point. There are dozens of datums in use worldwide. Each of them is slightly different, which means that an exact point on earth will have different coordinates depending on the datum used to identify it. 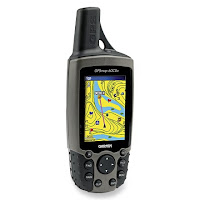 If you're using a map in conjunction with your GPS, it's critical that the datum used to create the map and the datum that your GPS is using are the same. If not, there can be a significant discrepancy—up to hundreds of feet—between the two. For example, if your GPS is set to NAD27 and you plot a coordinate to a map created using WGS84, it will be off by a noticeable amount. (I recently tested this in Hingham, Mass., and found a discrepancy of 170 feet.)

Any USGS topographic map, as well as most recreational trail maps, will indicate the datum used to create it, though it is often buried in extremely small print. (If the datum is not listed, your best bet is WGS84.) Once you identify it, check to make sure your GPS is using the same datum. On most GPS units, you'll find this under the "Set Up" menu in either the "Coordinate System" or "Units" sub-menu. (You may see the abbreviation "CONUS" after some of the datums, which is shorthand for "Continental United States.")

A couple quick caveats here. Using the appropriate datum matters only if you're using a GPS in conjunction with a map, or if you're sharing coordinates with somebody else (they need to know the datum you used to identify it). If you're simply using your GPS to identify the direction and distance back to your car, say, your GPS will work fine since it's working within the same frame of datum reference.