For several years now, ultralight tent manufacturers have been shaving ounces by taking advantage of lighter and lighter weight fabrics, primarily siliconized nylon. As these fabrics approach the limits of thin (15-denier and below), the ounce-shaving frontier is now expanding to tent poles.

On this front, Easton has introduced a line of carbon fiber poles that are not only lighter weight than their aluminum counterparts, but have also eliminated the internal shock cord that has been standard tent pole fare for decades.

In order to eliminate the shock cord, Easton uses what it calls AirLock connectors (pictured right), which slip into the ends of each pole section and snap together when the pole is assembled. They each contain a short length of thin cord to keep the entire pole system together when it's broken down. Or, in much more teched-out Easton verbiage:

Easton claims that its Airlock connectors are 59% lighter than standard aluminum connectors with shock cord. You can read all about it, including a short video demo, on their AirLock Innovation web page.

Easton also utilizes carbon fiber for its tent poles, which come in three different diameters depending on intended use. Easton claims significant weight savings for each over "standard aluminum tent poles" (though they don't define what "standard" means). The three poles are dubbed Carbon FX (25% lighter), Carbon EVO (40% lighter), and Carbon ION (56% lighter). Read all about it on their Tent Pole Innovation web page. 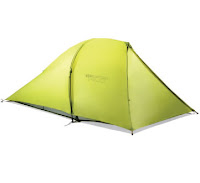 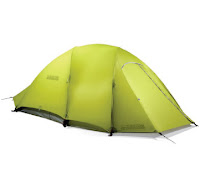 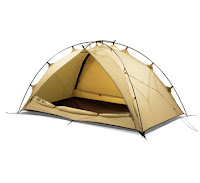 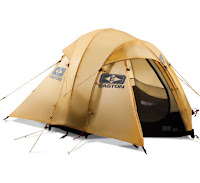