New gear from Petzl and Garmin

A couple new items of gear caught my attention this weekend: an updated version of Petzl's best-selling Tikka headlamp series and a pair of new wrist-top GPS units from Garmin.

New Petzl HeadlampsIn the late 1990s, Petzl introduced its Tikka headlamp, the first to use LEDs instead of traditional incandescent bulbs ($25 in 2009). (Nowadays, of course, virtually every single headlamp on the market uses LEDs.) In the early 2000s, Petzl added the Tikka Plus to its line ($35 in 2009), which featured four LEDs and multiple brightness settings. Both models proved to be industry stalwarts, their basic design widely copied by other headlamp manufacturers. Around 2004, Petzl added the Tikka XP ($50 in '09) to the series, which featured a single, brighter, one-watt LED.

Now Petzl has introduced the latest upgrades to its Tikka product line: the Tikka 2, Tikka Plus 2, and Tikka XP 2. (So new, in fact, that they apparently haven't yet made it to Petzl's web site! Links are to REI's web site, where they are currently available.) 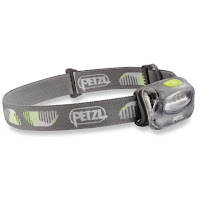 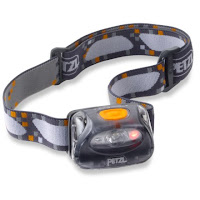 The Tikka Plus 2 ($40) can be thought of as a hybrid of the old Tikka Plus and XP and is the next step up in brightness. It features a large bright white LED, two smaller white LEDs, and a smaller red LED (red lighting allows you to keep your night vision). 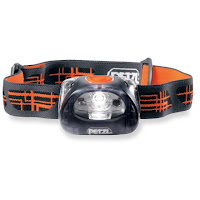 The Tikka XP 2 ($55) is the brightest of the lot, and features a single ultrabright LED and a smaller red LED.

The most significant upgrade is a 10-20 percent increase in brightness over previous versions. All three styles also feature an improved and easier-to-access battery compartment (the older Tikka and Tikka Plus required you to depress a maddeningly small sliver of plastic to pop off the back cover). Also, the wiring on the new series has been adjusted to accommodate lithium batteries for cold-weather use (lithiums have a slightly different voltage than alkalines, which could damage previous versions; Petzl did not recommend lithiums for them). We'll see if their new series keeps Petzl atop the headlamp heap.

Garmin Wrist-TopsEven with ever-shrinking GPS technology, wrist-top units are still relatively bulky, awkward affairs. Garmin has created some of the smallest to date, especially their Forerunner series (designed for running, cycling, and other training activities) and their Foretrex series (designed for navigation). Now they've updated and shrunk down the latest additions to the Foretrex series to make them more appealing and comfortable to actually wear on your wrist. 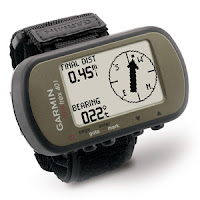 The Foretrex series is designed primarily for navigation, which means its default displays are set up primarily to display coordinates, route-finding information, waypoint locations, and a base map rather than the training information primarily provided by the Forerunner series (speed, time elapsed, distance, etc.) They also operate on two AAA batteries (up to 18 hours) rather than rely on an internal battery that must be recharged via a special cradle or cable (Forerunner series). 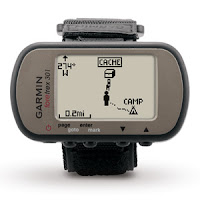