Garmin's Oregon Series: The Good, The Bad, and More

Like everything in the world of electronics, GPS units are evolving at a breakneck pace. Here's a quick look at some of the latest geo-gadgetry from Garmin: 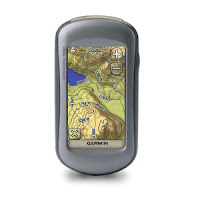 At the end of 2008, Garmin rolled out its Oregon line of GPS units. These are Garmin's first handheld/backcountry units (as opposed to street-navigation/driving units) that feature a touch-screen interface. The Oregon 400 series comes preloaded with a full suite of detailed maps, whether it's topographic maps (400t), street maps (400c), or inland waterways (400i) The Oregon 200 and 300 are essentially the same as the 400 series, minus the maps (the 300 and up includes an electronic compass and barometric altimeter, the 200 does not). Garmin also introduced the 550 series this summer, which includes a digital camera that tags each image with the exact location where it was taken. 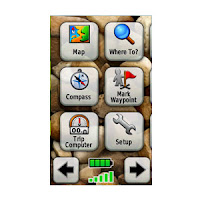 The Oregon touch-screen interface and menu page are more intuitive than Garmin's classic eTrex line or long-time best-seller, the 60csx. Rather than having to cycle through a series of pages to find the one you want, simply tap on the one you're after. It's very iPhone-esque and equally as simple to navigate. Arguably one of the only GPS units you could actually figure out how to use without cracking open the instructions.

The pre-loaded maps in the 400 series are nice and the 400t in particular is pretty sweet—simply take it out of the box, add batteries, and in minutes you'll have your location pinpointed on a detailed topographic map. It includes topos for all 50 states, at a rough equivalent of 1:100,000 scale, and can even render them in a three-dimensional view. (There are also some significant drawbacks to these preloaded maps; see below.)

There are some nice geocaching features, including the ability to download .gpx files from www.geocaching.com, which include substantially more information (text, images, etc.) about individual geocaches than just the coordinates. You can also wirelessly share files with other Oregons, so you can swap favorite geocaches (as well as routes and coordinates) with any Oregon-wielding friend.

The units include an expandable memory card slot for a standard SD card, giving you the ability to add additional maps or even view photos.

The Bad:
The screen isn't as bright as other Garmin units, which can make it more challenging to read in bright, sunny conditions. All that tapping with your greasy fingers also adds a noticeable smudge factor to the screen, further reducing visibility.

They're not cheap. The 200 starts at $370, the 400 series costs half a grand ($499.99), and the new 550t is a penny shy of $600. Quite the premium to pay over a basic unit like the eTrex Venture ($170), which lacks much of the mapping capabilities but can just as readily identify your location and direct you to any designated waypoint.

Battery life appears to be an issue, with some users reporting less than 10 hours of run time on the two AA batteries it operates with. This is probably exacerbated by the fact that the screen backlight is one of the biggest drains on batteries—and may be used extensively in bright conditions (see point one above). 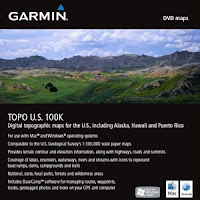 Like all Garmin units, you are stuck using only maps from Garmin's MapSource software. You can upload and download route and coordinate information from other mapping software, such as National Geographic's Topo! series and DeLorme's TOPO USA series, but cannot use the maps themselves on the unit. Garmin's topo maps are decent, but not perfect. Their water features in particular seem to be off—you occasionally see things like topographic lines through lakes (think about it) and roads driving in, rather than alongside, the ocean.

You can add topo maps to the Oregon 200 and 300 (or 400i and 400c for that matter) by purchasing Garmin's Topo U.S. software. This is installed on your computer at home, which you then use to upload the desired maps. It comes with some extra benefits, including the ability to upload or download routes and coordinates to the GPS unit.

Garmin is rolling out more detailed topo maps at a 1:24,000 scale on a region-by-region basis. They've got most of the U.S. west of the Mississippi covered, but have yet to release the software for the Northeast. I imagine it will be out soon—just not today.