Picaridin vs. DEET: Face-off of the buzzer beaters

Few things can ruin a backcountry sojourn faster than being turned into a fleshy pincushion by clouds of mosquitoes using you as a succulent blood buffet. As I like to say: Mosquitoes bite, but they mostly suck. In June 2006, I wrote a round-up of all the various insect repellents on the market (The Dope on Dope) and their relative effectiveness in preventing bug bites.

To recap: At the time, DEET was still considered to be the single-most effective insect repellent and was vastly superior to any natural-based repellent. But DEET isn't perfect. Its most unfriendly property is its ability to eat away at plastics and polyester; smear some on your sunglasses lenses and you'll likely be shopping for a new pair for the next trip. DEET also has a distinctive odor, which some consider unpleasant. (The vast majority of medical research indicates that it is safe to use health-wise.)

There was an upstart alternative that was just beginning to reach the market in 2006, however: picaridin. Like DEET, picaridin is a synthetic chemical—in this case developed by Bayer in the 1990s (DEET was created by the US Army in 1946). Available in Europe since 2001, picaridin is also marketed overseas under the names Icaridin, Bayrepel, and KBR3023. And unlike DEET, picaridin is odorless and will not eat plastic.
Studies indicate that picaridin is as effective as DEET in protecting against mosquitoes, though the amount of protection time correlates closely with concentration. With DEET, as concentration increases from 5-7 percent up to 20-30 percent, protection times per application roughly doubles from 60-90 minutes to 2-3 hours. As you increase concentration to 50 percent, protection extends to as much as 6 hours; concentrations higher than 50 percent appear to provide little additional protection. (The New England Journal of Medicine did a great study on this in 2002.)
It's a little bit unclear if the same trends apply for picaridin. In the U.S., picaridin was approved for sale in 2005. However, the EPA initially prohibited bug dope manufacturers from producing repellents with picaridin in concentrations greater than seven percent. In 2008, the rules were relaxed and insect repellents began appearing with picaridin concentrations of 20 percent.
Here's a couple of seemingly objective studies I've been able to track down in terms of picaridin studies/endorsements, all of which seem to indicate that picaridin truly is an equal of DEET:
Round-up of several studies in Australia: Concludes that picaridin in concentration of 19.2 percent was as effective as the same concentration of DEET.

Consumer Reports: Found that 7 percent picaridin is as effective as 10 percent DEET.

You can find picaridin-based repellents from the following manufacturers:

Sawyer: The Sawyer Picaridin Insect Repellent and Sawyer Premium Insect Repellent offers concentrations of 20 percent. (For some reason, Sawyer doesn't have these listed on their website, hence the links to REI.com.) 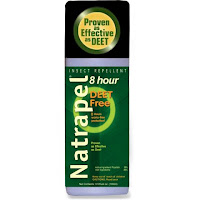 Tender Corportation: Makers of the Natrapel line, which offers concentrations of 20 percent in both pump spray and wipe versions.

Both the World Health Organization and Centers for Disease Control endorse picaridin as an effective repellent and safe alternative to DEET.

Have you tried picaridin against the biting baddies of the Northeast? If so, please let me know!